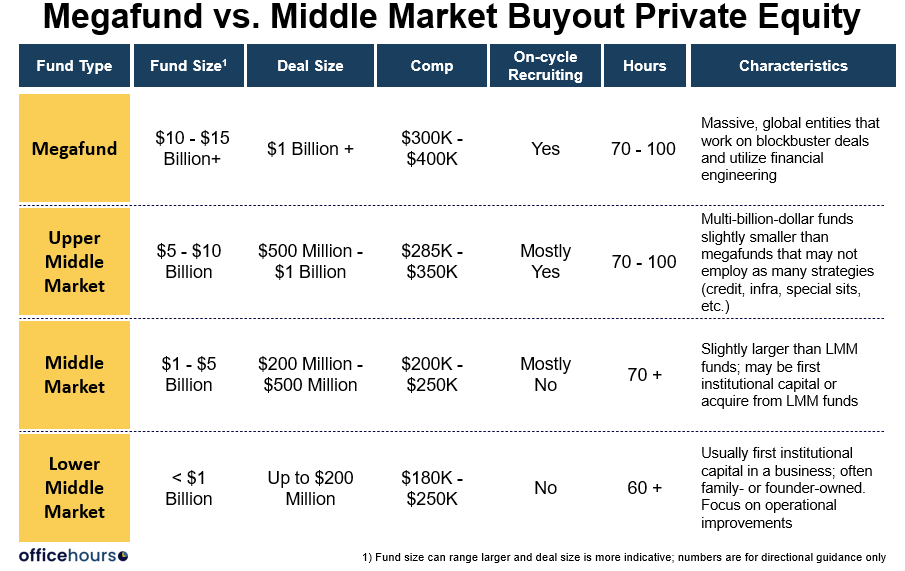 When it comes to size, Megafund private equity firms are those that typically make large investments in established companies and have a fund size of over $10-15 Billion. The companies they acquire tend to have enterprise values above $1 Billion. In addition to the size criteria, megafunds also tend to have multiple fund strategies under one umbrella (LBO, credit, special situations, infrastructure, etc.)

Note that the size of a fund can help you back into the number and size of investments it can do. For example, a $1 Billion fund targeting ten investments per year can write ten $100 Million equity checks. Assuming the fund tends to be comfortable with 50% leverage and 50% equity on the capital structure, that means it can do ten $200 Million deals out of the fund.

More detailed differences for various fund sizes are listed below:

Pitchbook noted in its 2021 PE report: “Mega-funds are poised for further growth as more PE firms gear up to take advantage of a relatively easy fundraising period. In 2021, Hellman & Friedman led the pack with a $24.4 billion buyout fund, followed by Silver Lake’s $20.0 billion fund. In 2022, Blackstone is expected to raise more than $30 billion for its next flagship PE fund, which would set a record for the largest buyout fund ever. It would surpass Carlyle’s $27.0 billion target for its 13th flagship fund, which was previously thought to set a highwater mark in fundraising. Along with those two, Apollo Global Management is likely to raise more than $25 billion for its next flagship buyout fund, which would mean three firms alone are anticipated to raise more than $80 billion in 2022.” 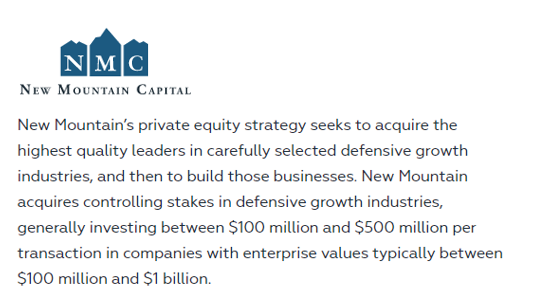 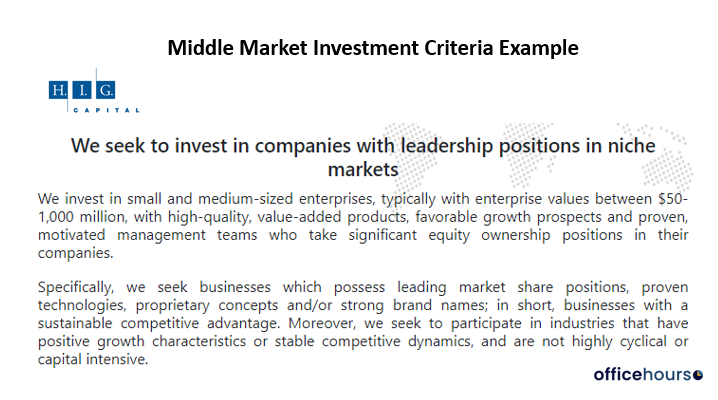 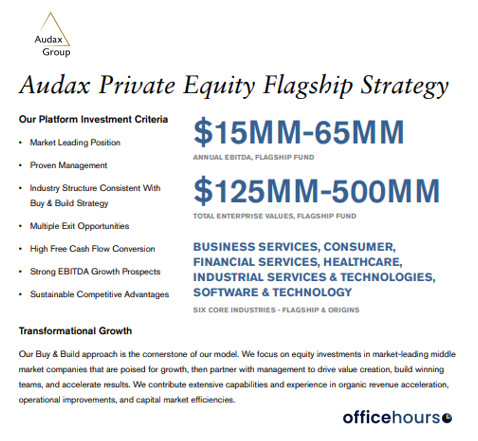 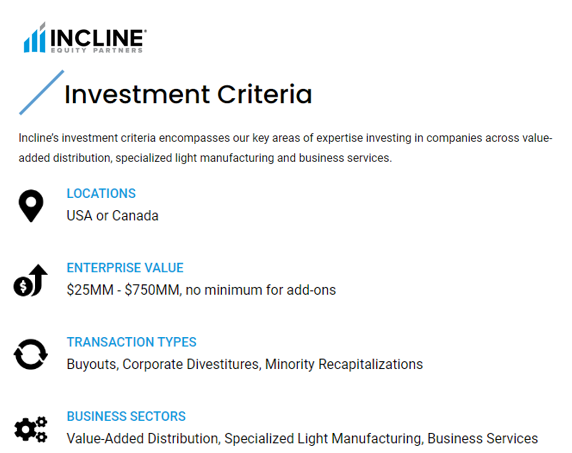 Private equity is not a one-size-fits-all industry. While all PE firms are in the business of acquiring companies and generating superior returns for their LP’s, the culture and day-to-day can vary widely across different funds. It is important to be thoughtful about whether or not to pursue private equity and understand what you are signing up for across the range of PE firms. Nevertheless, the learning opportunities are outstanding and sets you up for a long and successful career no matter what you decide to do in the long run.

A note on lifestyle: no one joins finance expecting to work a 9-5. Private equity is an extremely rigorous industry and requires being plugged in most of the time. In exchange for the hours, compensation is very high, and associates are able to work on buying some of the most notable companies as a 23 year old (two years out of college). The business learnings are unparalleled, and the risk-adjusted lifetime compensation is bar none. Do not pursue private equity if you are not willing to make this tradeoff.